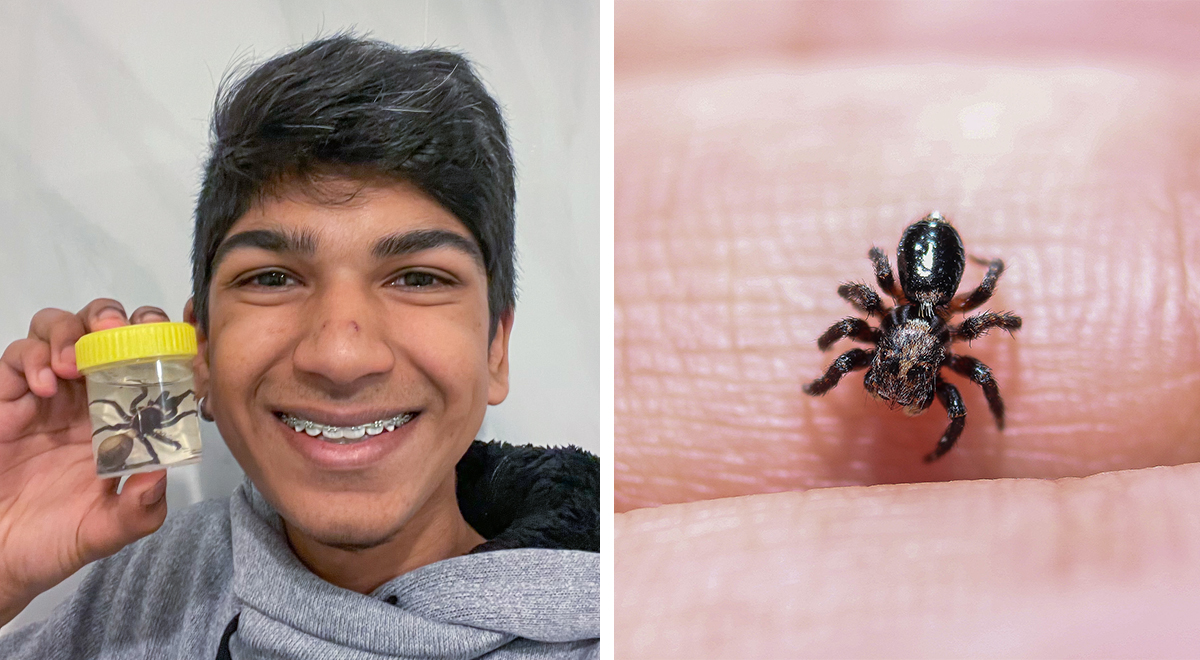 St Clare’s Catholic High School student Milan Prasad holding a new species of wishbone spider which is part of his massive collection of spiders and a close up of the new species of peacock spider (right) which is just 4mm long.


He’s not creepy or crawly but certainly has a keen spider-sense: meet Milan Prasad or ‘Spiderman’, as he’s affectionately known to friends and staff at St Clare’s Catholic High School Hassall Grove.


The Year 11 student’s interest in spiders recently led him to discover a brand new species of peacock spider, the Maratus expolitus which in turn helped him to become a published scientist.

“It's been funny... while I've got heaps of congratulations from friends and teachers, a few of my mates have been joking, saying I'm famous now”, said Milan. “A few have even tried to give me the nickname Spiderman but I don't know about that. It's a bit of fun but I am proud that I've been able to do some cool things through my passion for spiders”. 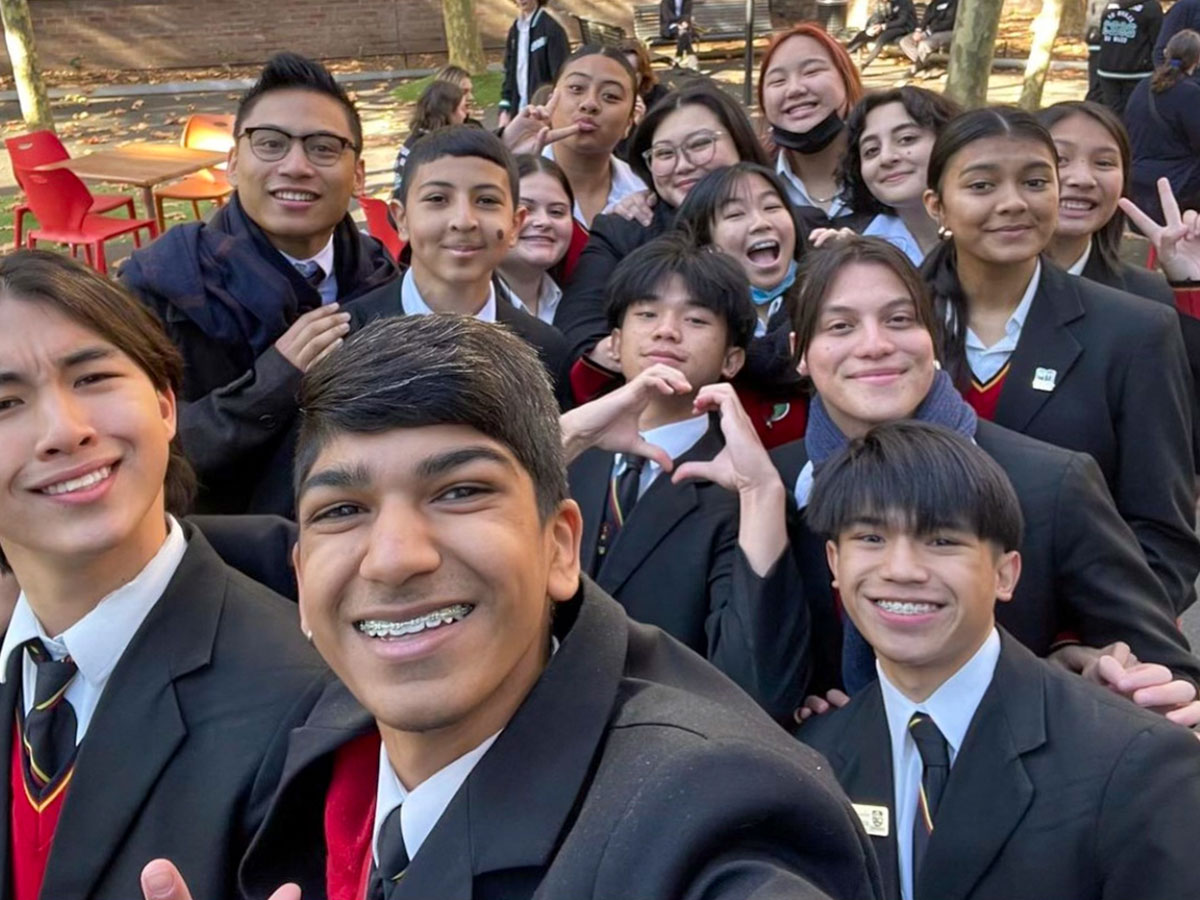 Milan’s expertise in biology and all things spiders led him to making the discovery while searching for spiders in a special location in Mangrove Mountain on the Central Coast. Milan also regularly studies spiders in bushland near his home and around Blacktown.

“With jumping spiders, I'm usually pretty good with identifying them so when I saw this and I couldn't identify it, I found it very intriguing and was super excited by the idea that it might be a new species,” said Milan. “So I collected the specimen, brought it home and looked at it under a microscope”.

At just 4mm wide, Milan’s find was indeed a new species. It’s a type of peacock spider that has obtained a strong following online for its elaborate dances, bright colours and extreme jumping skills.

“After consulting with Joseph Schubert, Dr Robert Whyte and Dr Jürgen Otto, euophryine jumping spider experts, we concluded that this is a new species belonging to the genus Maratus,” explained Milan. “Fast forward one year, after many rounds of imaging, resolving comments, editing and fieldwork, I finally was able to give this peacock spider a name; Maratus expolitus, published through the scientific journal Peckhamia, making myself a published scientist - one of the youngest in the country at that."

From what started as a hobby, Milan’s keen interest has expanded to interacting with the heavyweights of the spider world.

“I do work with tarantulas and funnel webs and other spiders that really aren't too friendly”, said Milan”. “Some like the funnel webs are also incredibly venomous and quite dangerous so I have to be very careful”.

“I work with many scientists all around the world on various projects describing new species,” added Milan. “I have a big collection including some of the rarest spiders in the country such as the “elusive curtain-web spider” (Namirea fallax) and the “rattlesnake tarantula” (Selenocosmiinae gen. nov. “rattler”).”

Now with real experience, a published report and a scientific discovery, the school community is excited to see what Milan discovers next. After all, with great power comes great responsibility.